Alzheimer's Disease (AD) is a neurodegenerative disease characterized by pathological features of neurofibrillary tangles (tau pathology) and β-amyloid plaques in the cerebral cortex. In this case, pathology of β-amyloid plaques varies considerably, and neurofibrillary tangles are closely correlated with symptoms of the disease and its progression [1]. Pathology of neurofibrillary tangles is associated with abnormal aggregation of tau protein. Tau protein is associated with microtubules and stabilizes them after phosphorylation. Microtubules are fulfilling the role of the cytoskeleton of the neuron. They are involved in the transport of vital substances from the cell center towards the end of the axon and back. In AD, tau protein undergoes excess phosphorylation, due to which its threads begin to merge and form a neurofibrillary tangles within nerve cells. This causes destruction of microtubules and the collapse of the transport system within the neuron [1, 2]. Initially, this leads to disruption of the biochemical signals transmission between cells, and then to their death. It has been shown that GSK-3β (Fig. 1) is a key factor in the phosphorylation of tau protein, its increased activity leading to pathologies of neurofibrillary tangles and, consequently, to neurodegenerative changes in the brain. In this connection, the search of effective inhibitors of GSK-3β is a very important and urgent task, for their further use in the treatment of Alzheimer's Disease [3].

We have proposed N-amidoalkylated derivatives of 2-amino-1,3,4-oxadiazole [4] as potential inhibitors of GSK-3β (Fig. 2). The search for compounds leaders has been based on the results of the molecular docking. 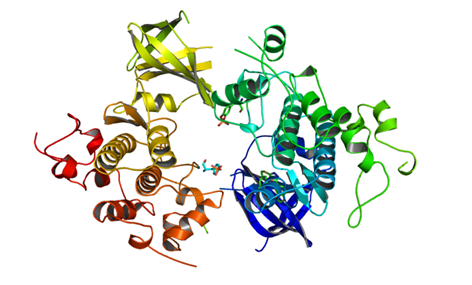 Figure 1 – Molecular structure of GSK-3β according to XRD data [5]. 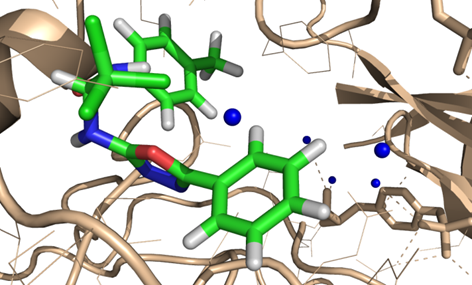