The compound ZnCr2Se4 crystallizes in cubic spinel structure and is a semiconductor with helical magnetic structure below the Néel temperature TN = 20 K with a strong ferromagnetic (FM) component confirmed by a large positive Curie-Weiss temperature (q) of 115 K. It is known that elements substitution can strongly influence on parent compound properties. In our research we used dysprosium as a dopant.

The compounds based on the system Zn1-xDyx­Cr2Se4 were synthesized by ceramic method, according to the following reactions: 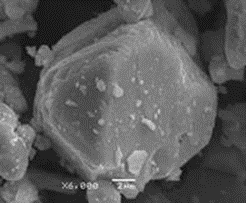 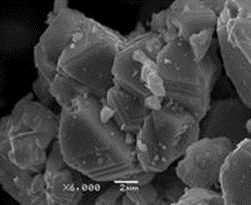 The magnetic isotherms of the obtained compounds were studied using high magnetic stationary fields (up to 14T). It was confirmed increasing of magnetization with increasing of Dy ions, in tetrahedral and octahedral positions, respectively.

Decreasing of paramagnetic Curie-Wiess temperature with increasing of Dy amount indicates the boost of the antiferromagnetic interactions.

The results of XANES and EXAFS showed that Dy3+ ions are located in the same chemical environment.